We have supplied a wall heating system for a brand new, purpose designed home for Valli the Temple Elephant in Skandavale monestry. Valli has been with them since 1981, and for the last 30 years has been living next to the Shakti Temple with her keeper Swami Karuna. 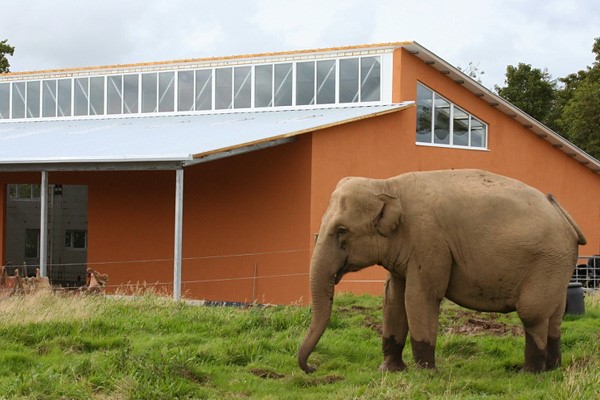 Progress on Valli the Temple Elephant’s barn was really quick. They built her new barn from hollow polystyrene bricks; they stack up on each other just like Lego, so they could build a whole wall in a day. They then pumped concrete into the bricks to make them strong. This system has been very successful, firstly because it is so quick to erect, and secondly because the polystyrene provides good insulation to keep Valli warm during the cold winter months. 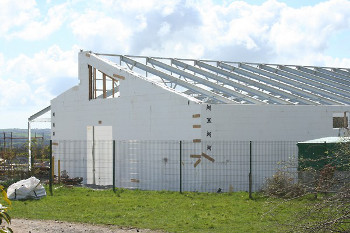 They finished the outside of the building within a few weeks. The next stage involves installing her in-wall heating system. Her sandpit, waterfall and knobbly tree trunks for back scratching are all in the pipeline!
The wall heating pipes were fitted with tiewraps to the steel frame work between the polystyrene blocks and framework. 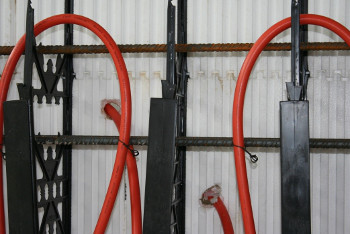 The wall heating pipes were fitted with tiewraps to the steel frame work between the polystyrene blocks and framework.The pipes took a few days to install, the completed pipe loops looked quite impressive. 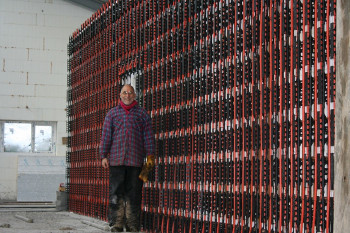 Wooden boards were put in place to seal the pipes and create a void area. 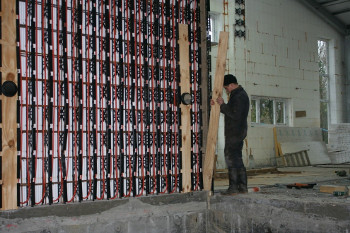 Once the boards are all in place a concrete is pumped in to create a poured concrete wall and add strength to the structure. 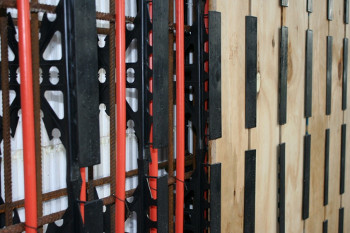